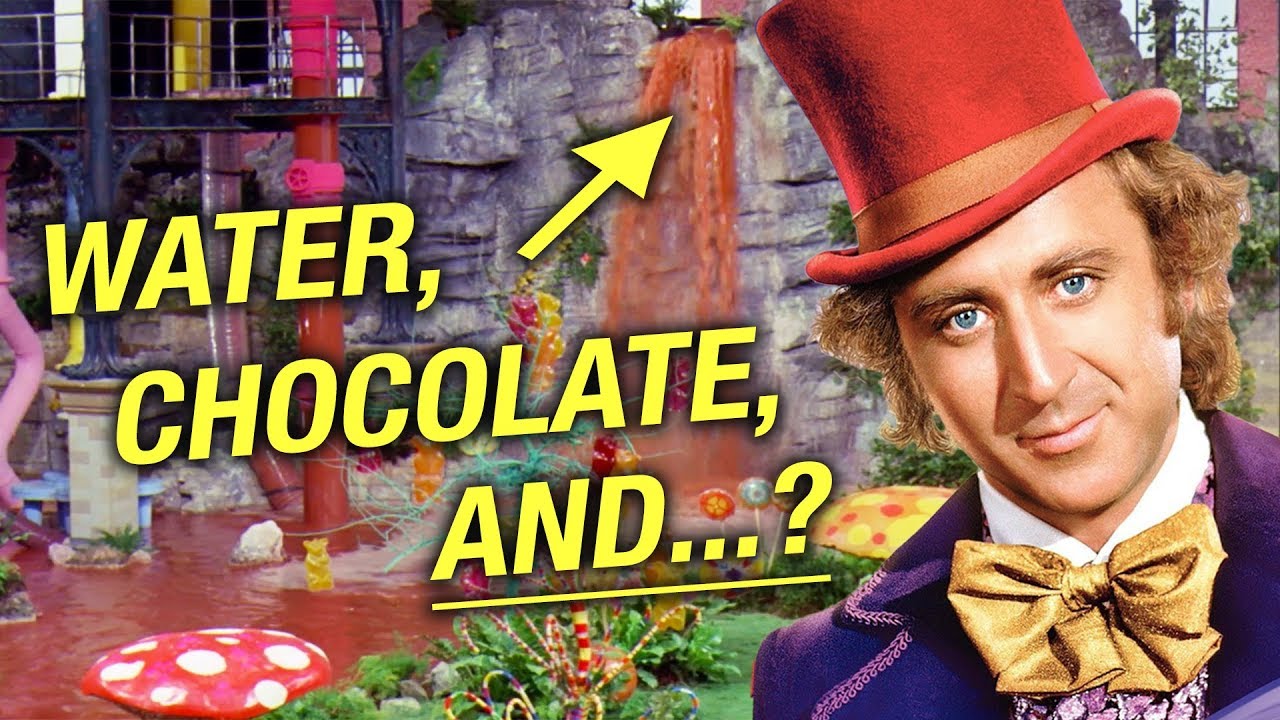 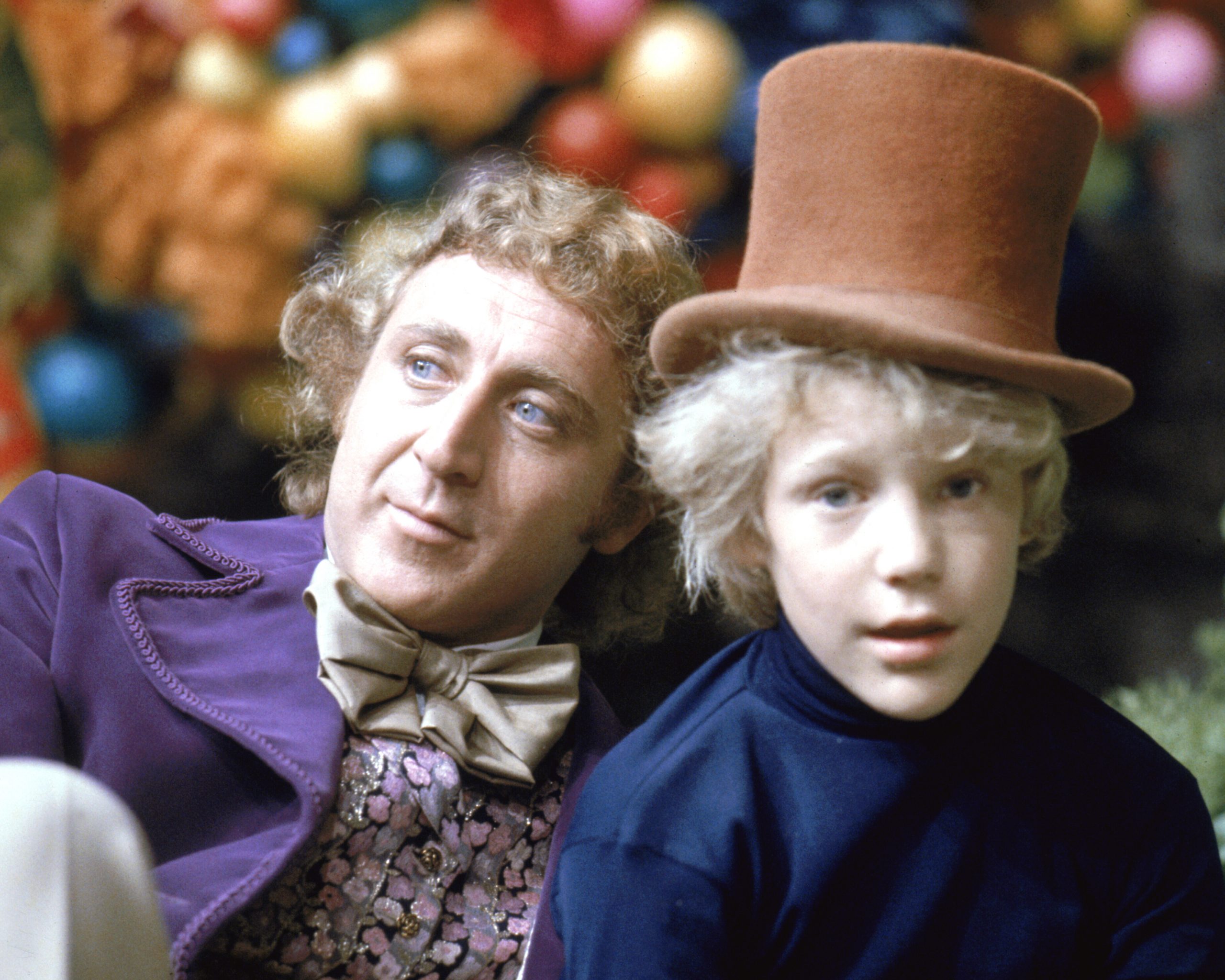 It was actually Gene Wilder that came up with the idea to have Willy Wonkas entrance to the film made with a ‘limp’. In fact, he would only star in the film if this scene was rewritten to feature him limping in. His reasoning for this was that he said from ‘that time on, no one will know if i’m lying or telling the truth’.

2. The film was shot in Munich, Germany 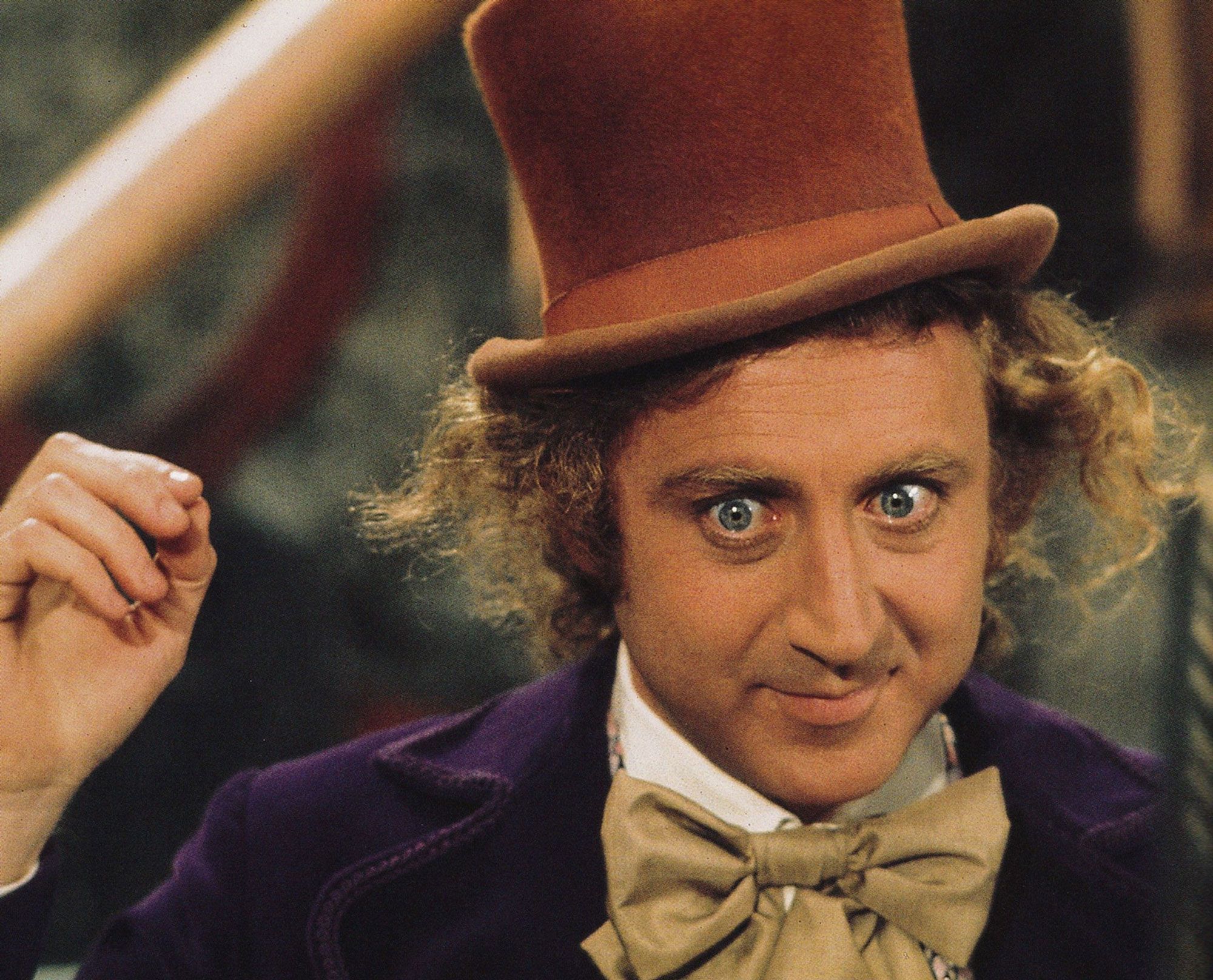 If you look closely on the scenes that are shot on the streets you can see that some of the signs are in German. This was down the small budget of the film and also because the director said that ‘nobody knows what Munich looks like’. Which is a very fair point!

Although this appears like a lot, it really wasn’t for a full Blockbuster movie… even at the time. This budget was provided entirely by Quaker Oats who saw the movie as a promotional opportunity.

4. The buttercup was actually made out of wax 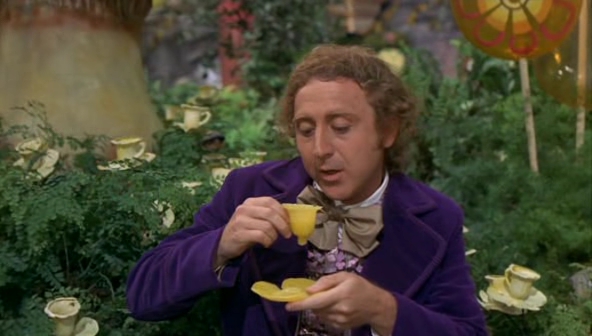 The delicious yellow buttercup that Willy Wonka eats was actually completely made out of wax.. how sad that it wasn’t real! This meant that yes, he was chewing on wax for the filming of this. Until it came to the point where they yelled cut and he spat it out.

5. The final line of the film was almost ‘Yippee’ 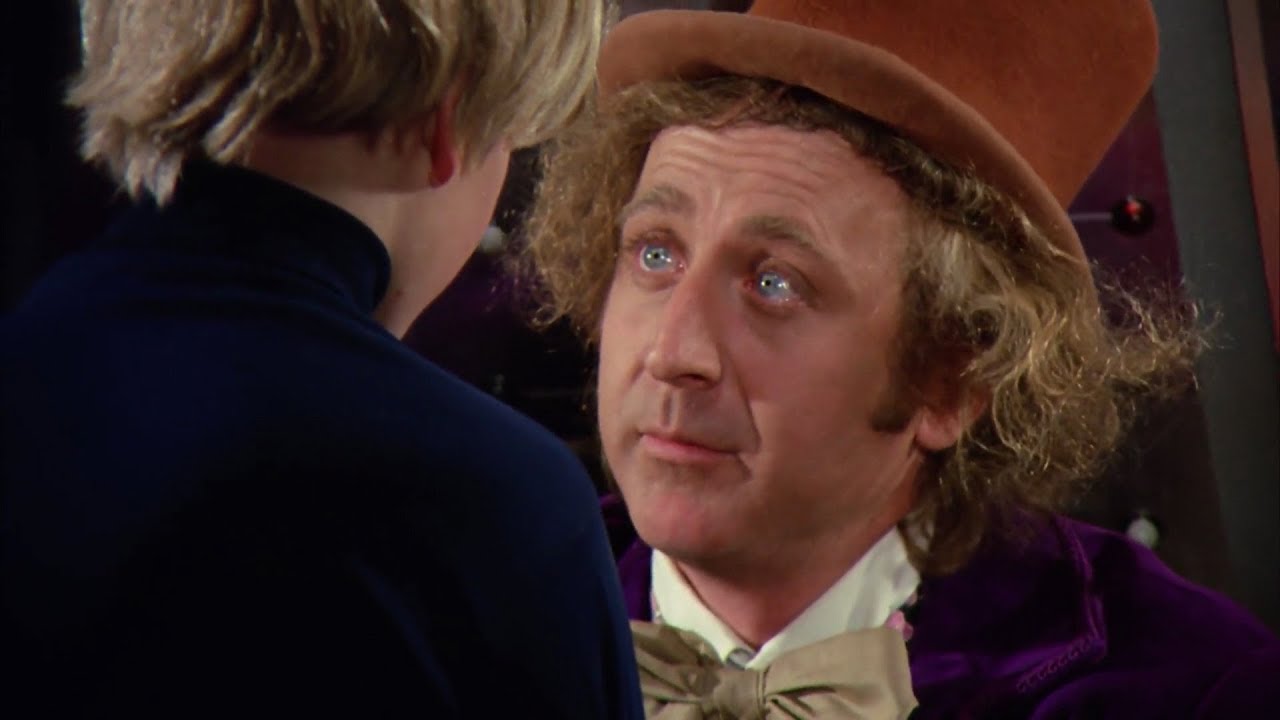 But Mel Stuart, the director, didn’t like this. So she contacted the film’s screenwriter David Seltzer so he would rewrite the final line and only gave him 5 minutes to do so. He had to come up with it quickly as the actors were on set and ready to film. The line changed to ‘Do you know what happens to people who get everything they want in life, Charlie? They live happily ever after.’

6. Ostrum and Wilder used to have dinner together Getting towards the end of the filming, Ostrum and Wilder would have lunch together on set. They would split a chocolate bar for desert then walk back to set together. This was discussed in the DVD commentary of the film. Direct Mel Stuart didn’t allow the actors to see the chocolate room before the actual scene was shot! This was because she wanted the children to have genuine reactions of wonder when they entered this room. 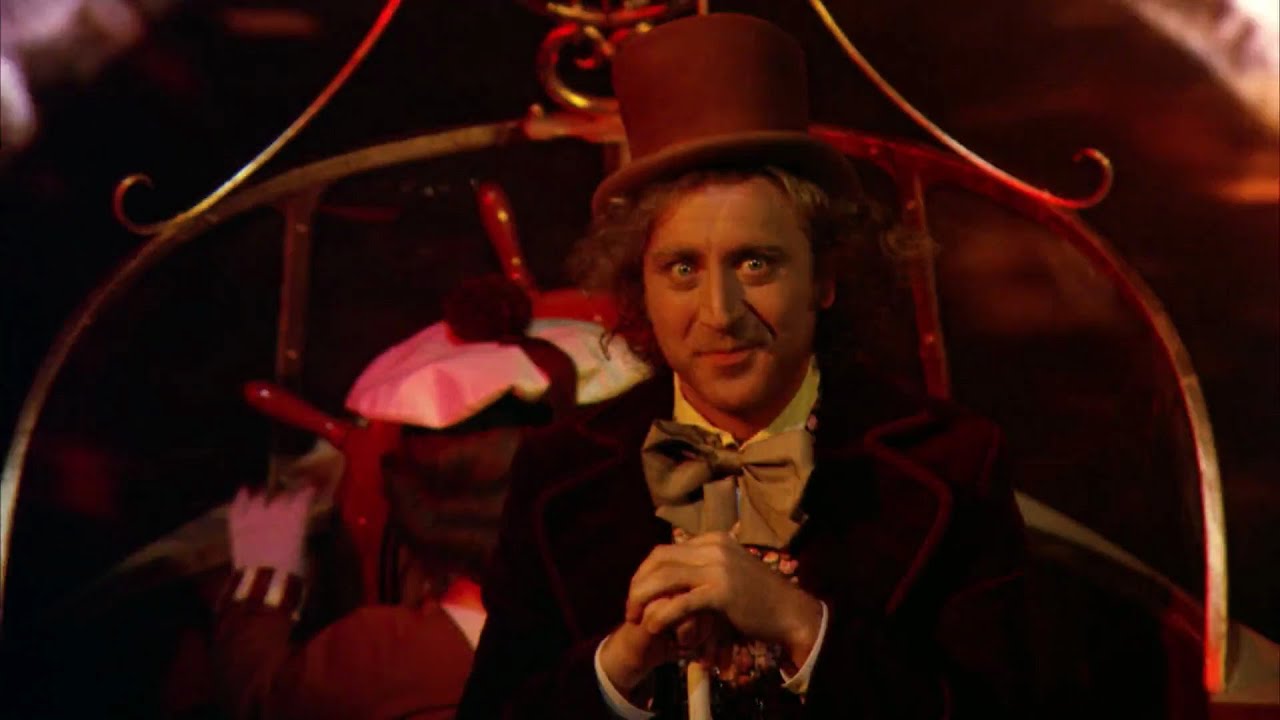 This tactic of hiding some of the information from the actors until shooting the actual scene was a frequent occurrence. This was apparent in the infamous boat scene. Not only this, but the scene with Charlie and his grandpa in the office with Willy Wonka was originally practiced in a much calmer tone. Instead when it came to filming Wilder began yelling so genuine reactions could be recorded. 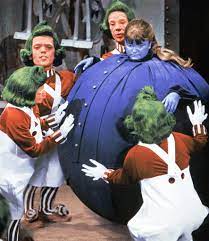 The actors who played these orange skinned, green haired workers were actually from many different European countries. This made learning the songs and choreographing the dances quite hard because of the language barriers.

10. Despite the language barrier, the Oompa Loompa’s became good friends 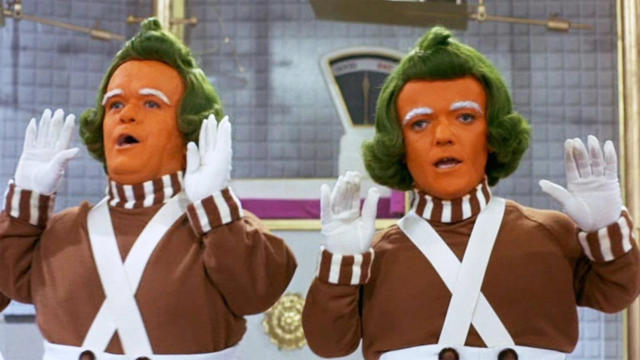 It wasn’t long after the filming started that after a day of filming the cast of the Oompa Loompas went out drinking together. One time they even pranked everyone at the cast and crew’s hotel. They had all left their shoes outside their doors to be shined and the Oompa Loompa’s pranked them by tying all of these shoes together! 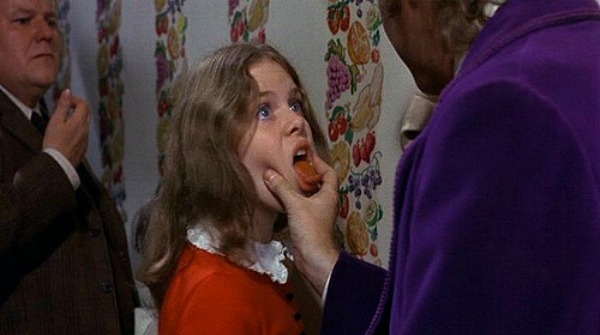 Veruca Salt, our favourite bratty girl, was known for licking this wallpaper and saying how it tasted of Snozzberries. But, in reality it was just wallpaper. Julie Dawn Cole (Veruca) actually described it as ‘disgusting’ and expressed how this wasn’t the most pleasant thing to film.

12. There were EXACTLY the right amount of seats on the boat 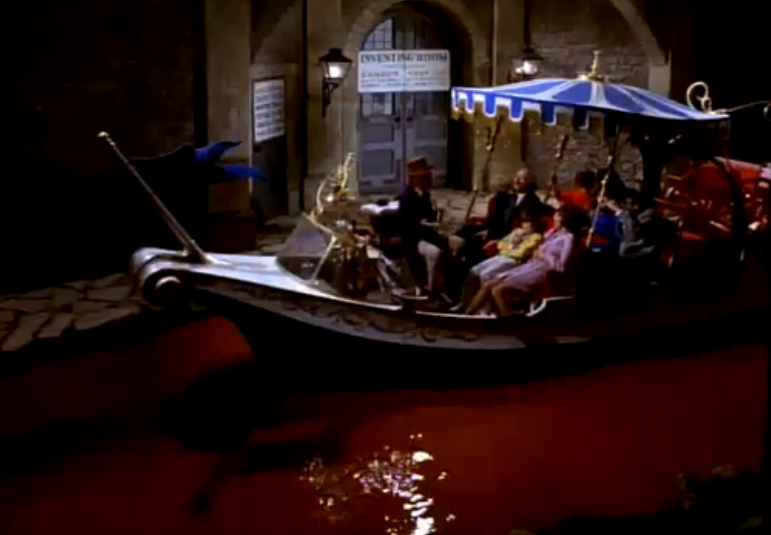 You might not have noticed, but on Willy Wonkas boat there was exactly the right amount of seats for the people. This meant that he must have known that at least one child would have already dropped out at this point.

13. Anything in the chocolate room was edible 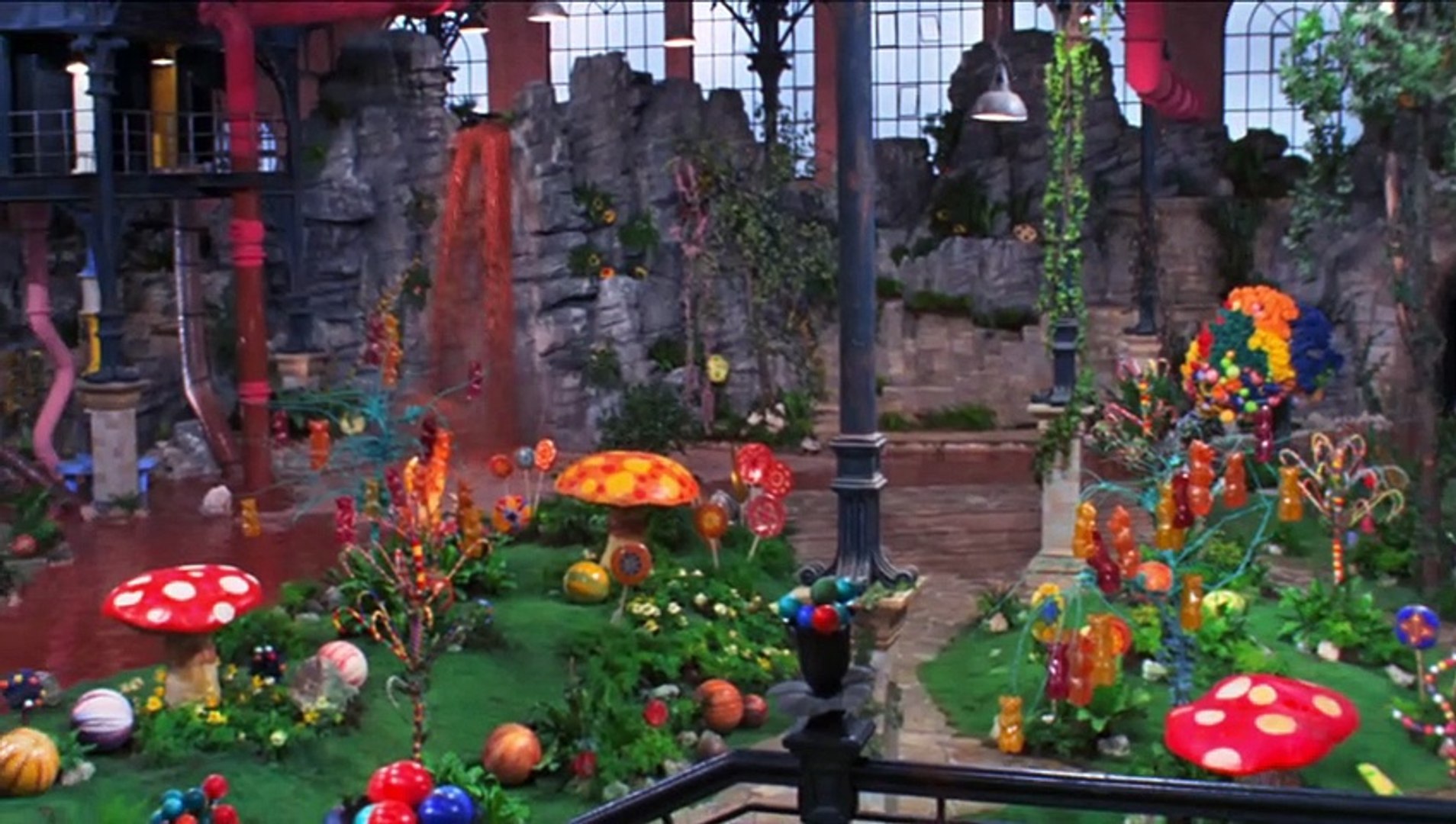 Everything but the best part which was the chocolate river. Actors claimed that they could eat everything in the room but when it came down to the river, this dream wasn’t a reality. According to Augustus Gloop it actually tasted ‘disgusting’. It was never anything interesting either… just water with food colouring in.

14. There are a lot of cultural references throughout the film Sometimes though they were inaccurate. For example, the musical code that Wonka plays is actually from Mozart’s Marriage Of Figaro even though Mrs. Teevee says that is it Rachmaninoff. It is hard to judge whether these are character’s choices or if unfortunately these mistakes are down to the filmmakers inaccuracies. 16. How the Civil Rights movement affected the name of the film The Oompa Loompas are actually pygmies from Africa. But, on the heels of the Civil Rights movement they couldn’t have slaves working for a white man in a film. The director Mel Stuart just changed the Oompa Loompas to the orange faced singers we know so well today. They also changed the name from ‘Charlie and the Chocolate Factory’ to ‘Willy Wonka and the Chocolate Factory’. 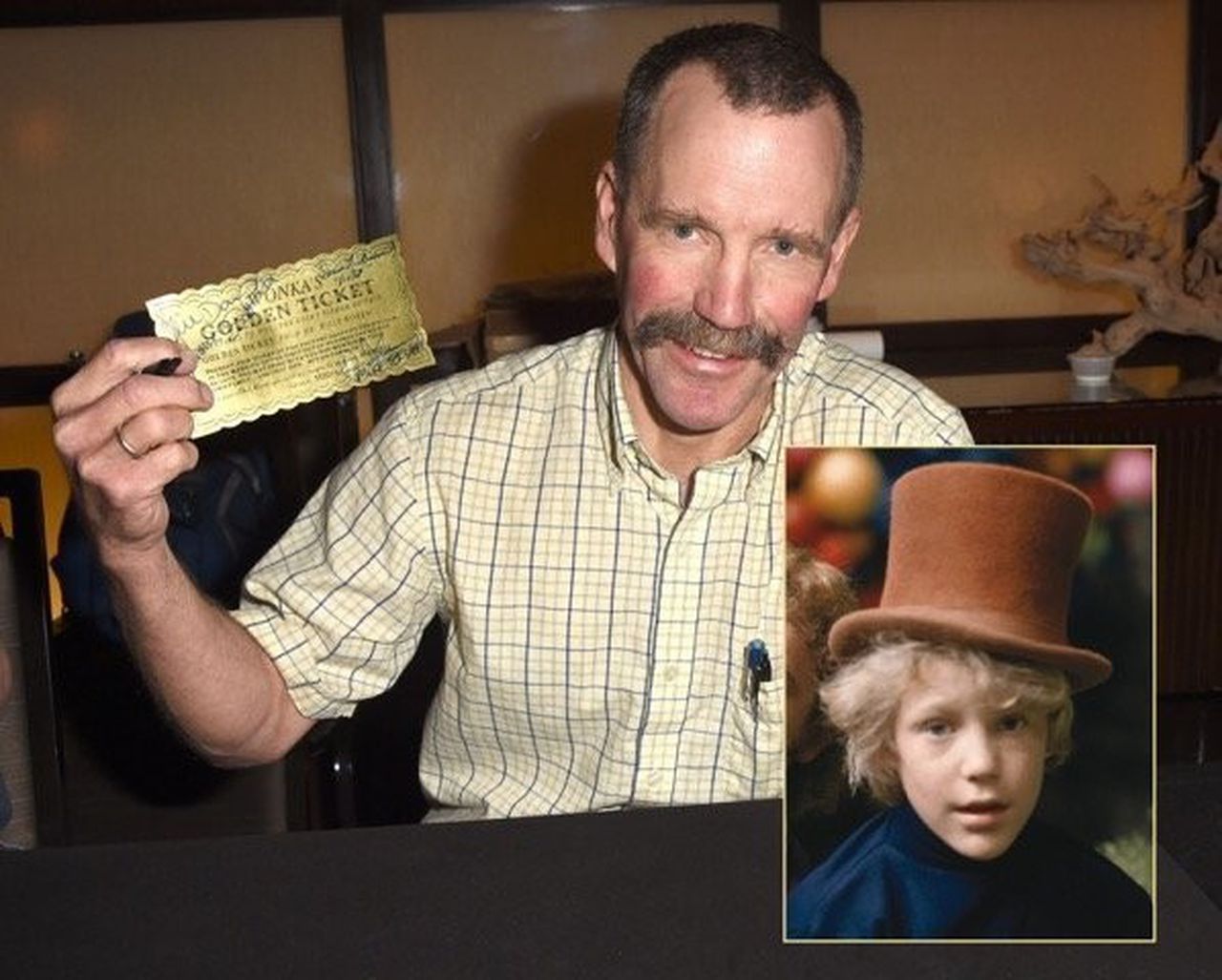 Peter Ostrum who played Charlie was offered a multi-film deal with the studio after the film. However, he turned this down to pursue a career as a Vet. He bought a horse with the money he made from this movie. He went all the way from Willy Wonka and the Chocolate Factory to Harry Potter and the Deathly Hallows. He played the head goblin teller at Gringotts who asks Hermione for identification. Who would have thought! There were two theories behind this. Firstly, they are halves because Slugworth took half of his empire. But, in reality, the filmmakers said that they didn’t want the film to end in a normal office. They wanted to make it more Wonka-esque so they decided to saw all the items in half.