15 Things That You Didn't Know About 'Shawshank Redemption' - Quizzable News

This is one of those movies which will go down in infamy because it contains all of the details that we hope to have in such a film. First of all, the harsh life behind the gates of prison is one thing but then to spend decades of your life plotting an escape is one that makes us all wonder how it can even be possible! With this film, all it takes is time, perseverance and a group of people to help this life-sentence dream come true! With all that said, here are some things that you probably never knew about this movie at all:

15. This movie had several titles.

In Finland, they called it ‘Rita Hayworth – The Key To Escape,’ in Israel they called it ‘Walls Of Hope,’ and in Italy, it was called, ‘Le Ali Della Liberta’ which means ‘The Wings of Freedom.’

This chapter of the bible tells the story of how the Jews escaped from Egypt, and so it became a symbolic reference to hide the rock pick in that chapter. 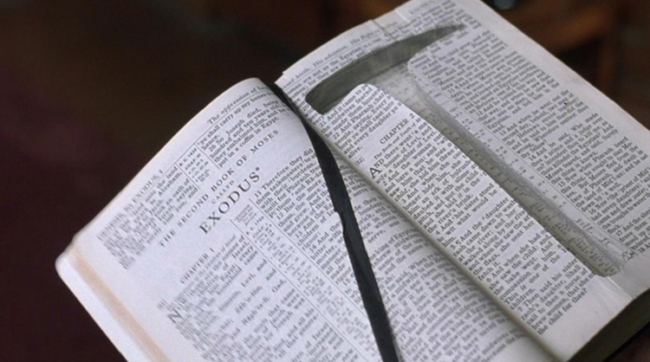 This first chat scene between Red and Andy took 9 hours to shoot! It pretty much taxed Morgan’s arm because he showed up the next day in an arm sling.

The mug shots that they used in this movie to represent Red when he was younger was a photo of his real-life son, Alfonso Freeman. Alfonso had another cameo in the movie when she shouted “Fresh fish! Fresh fish today! We’re reeling ‘em in!”

While the water was lethal, this dirt tunnel was made of sawdust, chocolate syrup, and water. Yum!

When a chemist tested the muddy water that was Andy’s escape tunnel in the movie and determined that it was “lethal” Tim Robbins refused to do the scene. However, he must have decided that the film would be nothing without it because we all know that he did the scene!

9. Tourism is good for business.

This business even tote some of the names for their foods from this movie. People like reading “Redemption Pie” and “Red” wine.

8. This movie boosted the economy.

Specifically, it adds 3 million dollars in tourism money in these three towns: Mansfield, Ashland and Upper Sandusky, Ohio. The movie has 3 sites as locations that were located in these three towns, and this is how much money they raked in 2013 alone!

This is how many hours of airtime this movie received in 2013 which equates to over six days of ‘Shawshank.’

This number is beginning to become a trademark thing for Stephen King as he used it in this movie when Andy has escaped, and they call out “Open 237!” to question Red about this escape. Stephen also uses this number in ‘The Shining’ as a room number and also in ‘Stand By Me’ as the amount of change ($2.37) the four boys had between them.

Instead, the role went to Gill Bellows, and we can all agree that this was a good choice! Even so, it was intended for Brad, and yet, he declined so that he can play the lead in the movie ‘Interview with the Vampire’ instead. Go figure!

4. The Haven Humane Association had a say in this.

When Brook was feeding maggots to his crow, Jake, the Haven Humane Association insisted that the maggots were dead from natural causes before being fed to the bird. 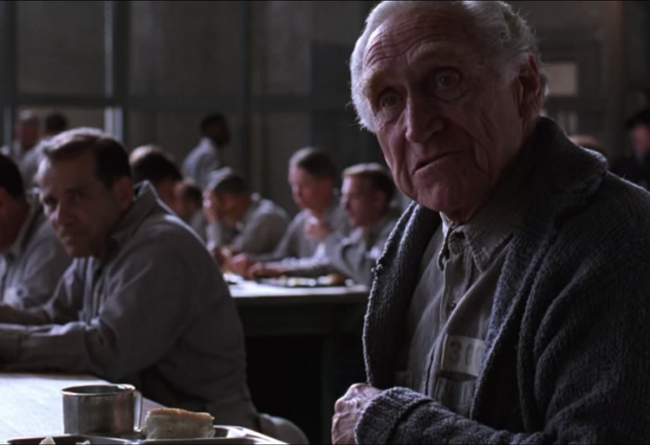 The weird part is that he never cashed the check for $5,000 that he got for selling the movie rights. Instead, he framed the check and sent it back to Darabont with a note saying, “In case you ever need bail money. Love, Steve.”

Apparently, they went in a different direction with this character when it came to making the movie but who could go wrong with Morgan Freeman? Even so, they considered other actors like Clint Eastwood and Paul Newman for the role. In the film, they refer to the Irish character in the book when Andy asked why his name was “Red,” and he said, “Maybe it’s because I’m Irish.”

1. Based on a Stephen King novel.

It was part of a series of 4 books entitled “Different Seasons” and the one that they used for this movie was called “Rita Hayworth And The Shawshank Redemption.” Stephen King wrote these based on his memories of watching prison movies when he was a kid.